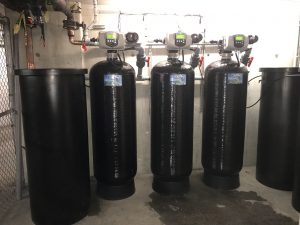 Almost all drinking water supplies are contaminated by organisms, bacteria and viruses. Chlorine is an effective disinfectant, killing algae, mold, and bacteria that can cause illnesses, but there can be negative effects of chlorine to the human body if you do not employ some type of chlorine removal after the chlorination process. Sol Wave Water can remove the chlorine in your  drinking water.  Sol Wave Water can give you the drinking water system, water softening system that best suits your household whether you purchase or rent a system we know how to properly “size” equipment for your family.   The correct drinking water system and water softener will reduce the waste water.  Please see our section on reclaimed water possibilities.

Chlorine is the primary cause of bad taste and odor in drinking water. Studies show the bulk of our harmful exposure to chlorine is due to inhalation of steam and skin absorption while showering. It also causes itching and excessive dryness in people with otherwise normal skin. Sol Wave Water can remove the chlorine in the drinking water and in your shower.  We can give you various options and have all types of carbon filters to eliminate harmful chlorine off gas. 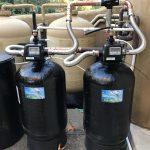 I talked to another company that was more interested in scheduling appointments and sales calls. I called Steve Nipper and all he said was “let’s talk water” which were the magic words. I had him come over and we talked water (instead of money, which is what the other company was interested in).

After patiently answering all my questions for about an hour, he scheduled an installation. The installation happened 3 days later. The 4 hours took 8 hours to be done right, but they left, it all worked, they did not charge me any extra.

BTW, I put in a “reverse osmosis” filter for the kitchen sink and the water tastes great now! (I also cancelled my monthly water delivery service). 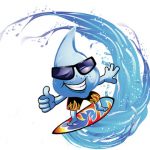